“Your Next Trip? It’s Written in the Stars” 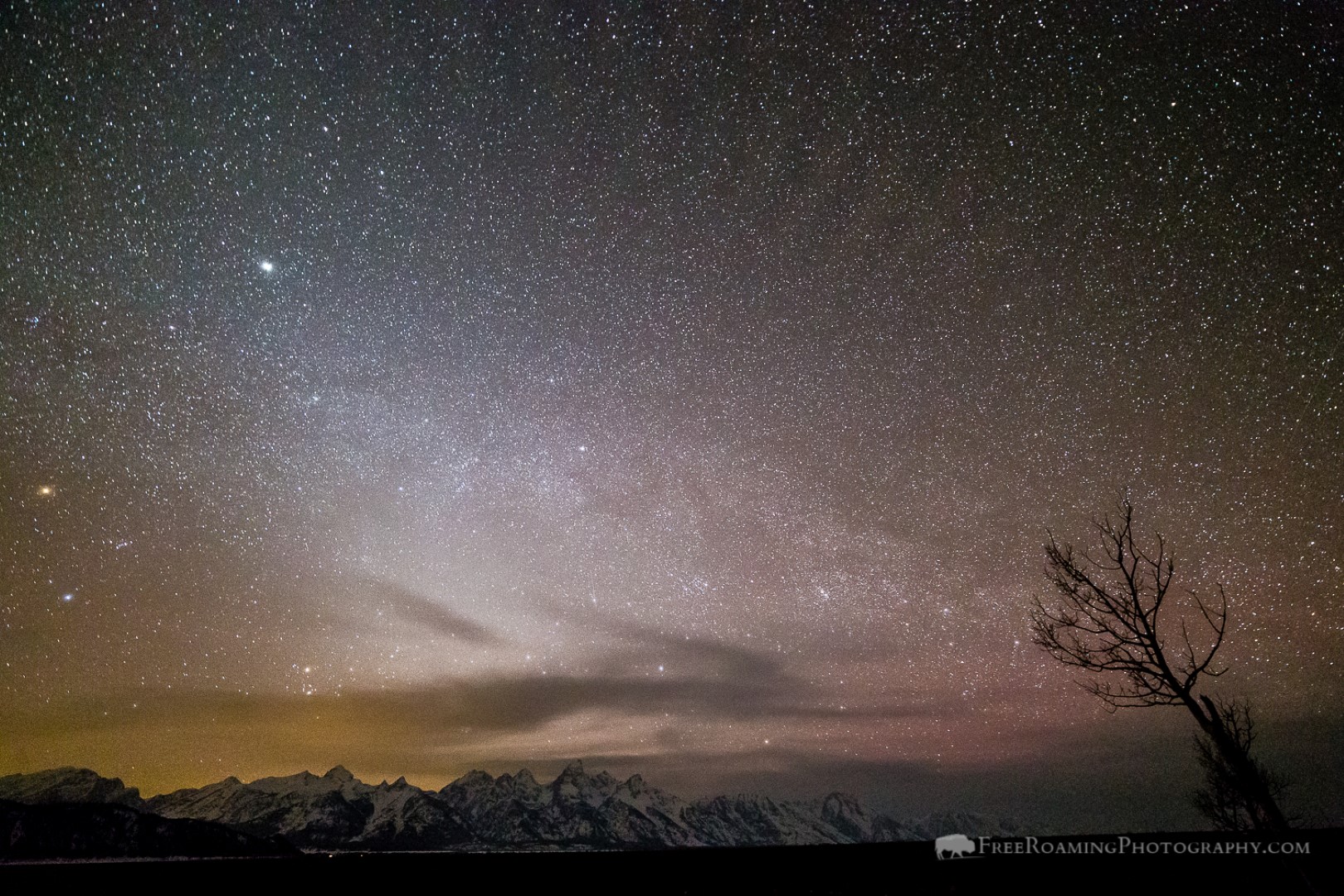 Wyoming Stargazing was featured in a NY Times article today about stargazing in the western hemisphere. Astrotourism is a rapidly growing industry and Wyoming Stargazing is honored to be a big part of sharing the Cosmos with the public. Read more…

Recently, there’s been a popular move in many cities and towns to retrofit their lighting with LEDs. With cheaper energy use, it seems like a no brainer. What most local governments don’t realize, however, is that there are some serious drawbacks to LED lighting if the options are not properly researched.

A Quick Overview on Color Temperature

First, let’s take a quick look at how our eyes perceive color. Our eyes are made up of rods and cones. Cones are what perceive color in daylight, and rods are our night vision, mostly transmitting information in shades of black and white. (On a separate tangent, most people in urban areas never use their rod vision anymore, a side-effect that has disastrous health consequences.) Daylight on the other hand yields the entire visible spectrum to us. The visible spectrum itself is made up of longer and shorter wavelengths that our rods and cones decipher as different colors as light hits our retinas. All the colors blended together are interpreted as white. Longer wavelengths appear warmer (reds, oranges, yellows), but confusingly, have a lower value on the Kelvin scale, the standard for measuring color temperature (1500K, 2700K, etc.). Conversely, shorter wavelengths appear cooler to the eye (greens, blues, purples). These have a higher value on the Kelvin scale, ranging from 6,500K (which would be considered a warmer-looking HD screen) to 27,000K, a clear blue sky.

Blue is the easiest to scatter not only in the atmosphere (hence blue skies and water), but also in our eyes. It’s therefore a bit harder to make out details in blue-rich light than it is in warmer-colored lights, which is where things get interesting.

Due to the way LEDs (and fluorescent lights for that matter) are created, white is never actually an even blend of all the colors. In fact, to create a white-appearing light, it’s required to dramatically increase the shorter-wavelengths (i.e., blue). In normal daytime use, this isn’t much of a problem. Our eyes are already adjusted to the brightness of our surroundings, so the "white" appears perfectly natural. Once day gives way to night, however, a Pandora’s box is opened up by the white LED.

Help is with our Fundraiser

Wyoming Stargazing currently has an ongoing fundraiser to help spread this kind of education and awareness. Since we’re currently working with the town and county, a donation will also have an impact in deciding how they light public areas from this point forward. We need your help though in making sure we have the funding to continue our efforts. Head to this link to help us make our streets safer by applying a more night-friendly lighting.

LED manufacturers have also been watching these scenarios play out. Thankfully, there are now streetlights that are 3000K, much safer and healthier than the blue-intensive 6000K lights that are being installed across the country. I personally wouldn’t mind seeing them go even lower on the Kelvin scale. Flagstaff, Arizona makes great use of both warm-colored LEDs, as well as low-pressure sodium. The Flagstaff Dark Skies Coalition has an excellent series of charts showing the impact each type of light has on the sky. Based on their evidence, low pressure sodium is still the ideal choice for a streetlight, but is also a harder sell given the low-cost advantages of LED.

Adding a protective shield to ensure the light goes downward and not outward is often an easy fix. This helps the reduce the amount of light that is spreading outward, and thus, upward. Shielding also dramatically reduces glare making streets much safer for pedestrians and wildlife.

What Can You Do?

If you’re in the Jackson area, you can help us out in our fundraiser, or signup for our newsletter at the bottom of the site to get updates on our progress, as well as when we could use volunteers. Those of you elsewhere can write your local politicians letting them know your concerns for LED streetlights, while also offering them the alternatives with the reasons why they’re more appropriate. As mentioned, some places will listen to their citizens’ concerns. Plus, the more people that communicate with their local governments about the issue, the more education they’ll have, and the more pressure they’ll have to act appropriately.

We’ve just launched a brand new fundraiser to help us begin making a big impact on the light pollution in Jackson! If successful, we’ll be able to begin a series of case studies with local businesses in collaboration with Energy Conservation Works, another local nonprofit, to quantitatively measure the light emitted from various locations around the valley. We’ll also have the resources to begin a full scale educational campaign to bring more awareness to the general public about light pollution.

There are a couple different ways you can help us reach our fundraising goals.

Get your fundraising pages set up soon because Giving Tuesday, December 1st, is just around the corner!

What You Get Out of It

In addition to the amazing prizes above, by helping us out you’ll get the satisfaction of joining over 500 people who, over the last two years, have helped us offer 116 Free Public Astronomy Programs including stargazing, solar astronomy, and planetarium programs to over 4,300 people. Plus, your donation will be completely tax deductible. 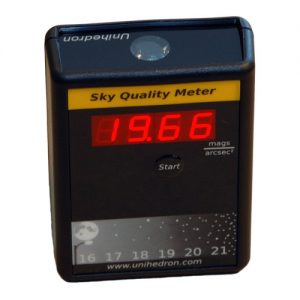 What We Get Out of It

If all goes well, we’ll have 20 new Sky Quality Meters ($200/each) and 20 GPS units ($85/each) to measure sky brightness at accurate and precise locations. We’ll also have the funds to start printing brochures, fliers, and other educational materials to bring more widespread attention to the problems associated with light pollution and the benefits of alleviating it.

Visit our Save Our Night Skies page to find out more about why reducing light pollution is so important. If you already know all about this stuff and want to help us out please click one of the links below. Thanks!

Donate to Save Our Night Skies

Join the Fundraising Team to Save Our Night Skies

We’ve been making some significant strides in getting Dark Sky Certification for the Town of Jackson and Teton County!

After attending multiple Joint Information Meetings (JIMs) earlier this year and creating a thorough and lengthy draft to implement into the Land Development Regulations (LDRs), we were assigned to work with Principle Planners by the Town of Jackson and Teton County. With their helpful support and feedback, we were able to weed out unnecessary and redundant verbiage to maximize the revision’s effectiveness. This helped to trim down our draft by several pages. One county commissioner even commented that we had everything covered except opening a car door at night.

Next, with the help of some friends and supporters in northern Utah, we were able to meet up with Dr. John Barentine while he was making a visit to that area. Dr. Barentine currently works as the Program Manager for the International Dark Sky Association. He gave us an extensive review of our newly revised LDRs and gave some excellent feedback for more revisions. At the end of the meeting, we had two thumbs up from him, and essentially, the International Dark Sky Association! We’re currently working on the final draft now and will be submitting a formal amendment to the town and county once those are complete. Since public support will be a big help in getting that voted in, be sure to keep up with us on social media and here on the blog and we’ll let you know when that happens.

As if that wasn’t enough, we also recently met with Dr. Bryan Boulanger, a civil engineer working with Yellowstone National Park to minimize their light pollution. He offered some great insight and support to also get Grand Teton National Park certified as well!

To find out why we’re seeking Dark Sky Designations, check out our Save Our Night Skies page here. To learn about why light pollution affects everyone, visit the International Dark Sky Association’s Light Pollution page here.

What About Those New Lights on Broadway?

Our executive director, Samuel Singer, has been doing some digging and found out that the lights were purchased before the current exterior lighting standard was adopted. Rest assured though, we’re doing our best to get them changed, and that’s exactly what may very well happen. There seems to be a lot of openness to changing the lights from the Acorn style to the Shepard’s Hook model, which several of the lights already are. That would drastically cut down on the amount of light pollution, especially glare, increasing the overall safety of the area for pedestrians, motorists, and wildlife.

The City/County is currently having researchers collect data on the north side of Broadway across from the Shell and Exxon gas stations to see if the grading that was done on that side is enough to reduce wildlife casualties from automobiles, or whether additional lighting might be necessary on that side of the road as well.

Hopefully with some education and increased awareness we can make sure that all new outdoor lighting in Jackson meets the highest dark sky standards, which will save the City money, reduce energy consumption, make our community safer and healthier, and preserve the amazing natural resource of dark skies. Wyoming Stargazing isn’t against new outdoor lighting in Jackson. However, we do want to make sure that we get the best lighting for our entire community.

We are making some excellent strides in restoring the night skies over town! Thanks to everyone for your support and help thus far, and be sure to follow us on social media to get the latest on our developments.