The Northern Lights – Looking Up Episode #2 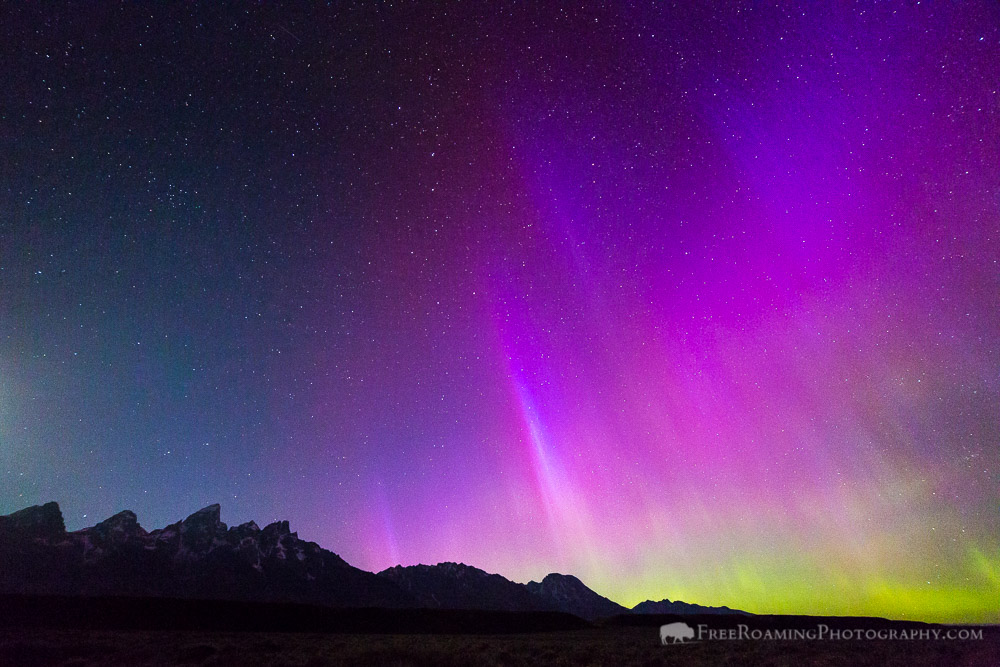 This week’s episode of Looking Up we’re talking all about the Northern Lights. We’ll be discussing the science behind the Aurora, as well as the significance of the Northern Lights throughout history. Tune in and find out when you’ll be able to see this light show next.

If you’re interested in learning more about the Aurora borealis or are itching for more stunning photos, head on over to our Instagram and Facebook. Check out more of our amazing snapshots we’ve taken on stargazing programs in Jackson, Wyoming.

Looking Up – Episode #2 The Northern Lights

This week's episode of Looking Up is all about the Northern Lights!

First let’s dispel some myths about the northern lights.

How to Read the Northern Lights Forecast

On the right is a screenshot from a website that we frequently check, called SpaceWeatherLive. More specifically, it’s a screenshot from their Auroral Activity page. What this shows is six different readouts from NOAA about reactions that are occurring relating to the northern lights. (Note that this is only a screenshot and not live data.) While it can appear confusing and too much to understand at first, it’s actually really simple. For starters, I really only pay significant attention to two of the graphs. 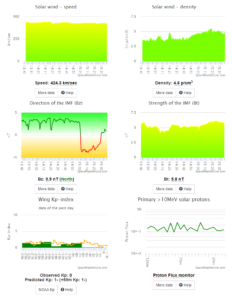 One of the most frequently checked graphs when looking for northern lights is the Kp-Index. In simple(r) terms, this measures the disruption of the horizontal distribution of the geomagnetic activity. It’s measured using an arbitrary scale from 0-9. A value of 0 means that even Fairbanks, Alaska would have difficulty in seeing the northern lights. 1-3 is most common, and that’s what is frequently seen in those northern latitudes of northern Canada and Alaska. A 4 would push them down into southern Canada, while a 5, in the right conditions, might just barely be visible on the northern horizon here in Jackson Hole. To see them well, we typically need at least a 6. If the Kp were to reach 7, it would be seen as far south as southern Utah and Colorado. The scale tops out at 9, and that’s when people in Mexico and Hawaii would be able to see them.
More information on the Kp-Index can be found here.

The Direction of the IMF (Bz)

While most people look at the Kp-Index to see a rough estimate of activity, it’s actually the direction of the interplanetary magnetic field (IMF) that has the biggest effect on auroras. If the IMF is trending southward, that will allow the coronal mass ejection to have a more significant reaction with our magnetosphere. This is typically northward facing, with the occasional dip southward. However, if it trends southward consistently and has a negative value of at least -5 (the lower the better), then things are looking good. Here in Jackson Hole, we’d want those values to push below -10 to be sure we’re getting a good show. During a really good reaction, it will be around -15 or so.
More information on the Direction of the IMF can be found here.

In Jackson Hole, your best bet is to head out to the Antelope Flats area for the large wide open views away from light pollution. Unfortunately, there is currently too much light pollution in Jackson to be able to see them with the naked eye, and possibly even with a camera, so heading north up to the flats is the best location. Likewise, the backside of the National Elk Refuge might also make for good viewing. For those of you in Wilson and Teton Village, the Moose-Wilson Road just inside the south entrance of Teton Park is also an ideal location. There’s not quite as much light pollution produced by Teton Village as Jackson, and the large meadows before the road turns to dirt is a large enough area to get a clear view to the north, with multiple pullouts in the area. Please respect private property and their driveways if you’re out there though.

If you’re interested in capturing the northern lights on your camera, you’ll absolutely need your camera on a tripod. Also, auto settings will not work. The settings you’ll want to aim for are as wide of an aperture as you can get (f/2.8 or lower, ideally). You’ll want your ISO somewhere around 3200 (depending on your camera’s capabilities). Your shutter speed will depend on the intensity of the auroras. If they’re very strong and clearly visible, you can set it to about six seconds or so. Anything more will blur the ribbons of the auroras. If they’re weaker and in the northern horizon, you’ll need a longer shutter speed to absorb the distant light, so 20 seconds would be good in that case. Last, make sure your lens is set to manual focus and set it for infinity (if possible). Otherwise, focus it on a point of light as far away as possible, then set it to manual focus so it doesn’t try to focus again.

You should now be all set to see and hopefully capture the northern lights! If you have any questions or comments, feel free to leave them in the comments below.