Behind the Telescope – Our Work in Jackson, Wyoming 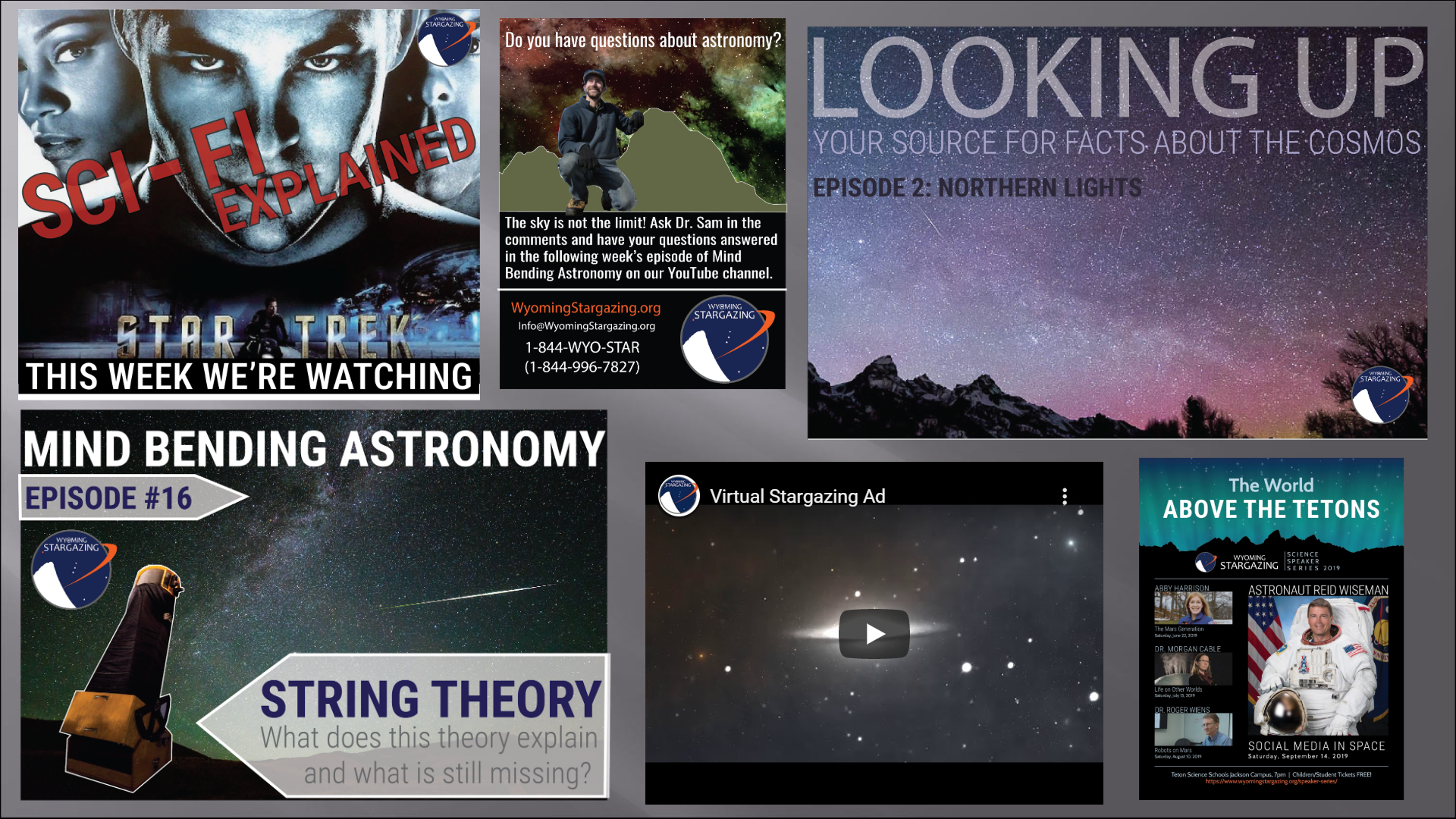 Curious about who we are and what we do? Here’s just a few of the awesome things we’re doing at Wyoming Stargazing in Jackson, Wyoming.

Curious about who we are and what we do? Here's just a few of the awesome things we're doing at Wyoming Stargazing in Jackson, Wyoming.Music: https://www.bensound.com/royalty-free-music

Ever wondered what a Wyoming Stargazing tour would look like as a time-lapse? I used to also. Then I made the video below.

Back in September, the media went buzzing with the prospect of northern lights and how they were going to wow the socks off of the lower 48! They never showed up though. Not even the newsletter we sent out that day could coax the auroras down south (we tried). Hoping for a time-lapse of stargazing below the northern lights, I set my gear up and captured a time-lapse that night regardless. Early in the video, there is a faint pink glow on the northern horizon, but it fades fairly quickly. Toward the end, the landscape becomes lit up as the moon rises in the east. Throughout the video, you can see us making good use of our laser pointers as the occasional car drives by, also lighting up the landscape from the east.

The time-lapse on its own seemed like it needed some noise in the background, so I threw together a little track to go with it.

As a board member of Wyoming Stargazing, one of my biggest concerns is making sure our skies are dark enough to continue to run events and programs geared toward a dark night sky. With little success getting through to our local politicians, I went toward another route to drum up support from the community, creating this film. The short film, at just over 12 minutes, discusses the issue of light pollution, how it negatively affects Jackson Hole and beyond, the vast amount of wasted energy spent on it, and how Jackson Hole can benefit exponentially from embracing the night skies, a high priority in the Comprehensive Plan.

The reduction of light pollution is a movement gaining enormous momentum around the world and Jackson has the potential to receive tremendous economic gain by encouraging both residential and commercial areas to begin turning out the lights. If you like this video, or even just the idea of bringing the Milky Way back over the town of Jackson, please contact our local politicians and demand that they use lighting more responsibly.

Thank you for your support!

The film itself was begun this past spring and editing and interviews continued into the summer where the editing process began to build a core story later into the summer. I shot many examples and stills that weren’t able to be used, but was able to find exactly what I needed as the summer began to wind down to create the message I wanted to construct. The final tweaks were made this past weekend, just a couple of days before leaving for the southwest to create the next part of the Reclaiming the Night series. "Antelope Dreaming," the poem at the end, was written and read by Lyn Dalebout.